Luís Almeida shows how to transform Houdini particles into a swarming effect.

You can’t really talk about swarm effects without mentioning Boids, by Craig Reynolds. That was all the way back in 1986, where he made a computer model of coordinated animal action like flocking and schooling. Since then Boids has been part of the base for creating swarming effects, especially with particle systems in 3D apps. Check out this tutorial from Luís Almeida (Doxia Studio) that shows how you can create an amazing looking swarming effect using Houdini Particles, complete with trails.

The tutorial uses a simple solver node to control the particles. The node works similar to processing’s draw function where you use a previous frame to save the data and animation. As with anything in 3D, there are a lot of ways to get similar results. For example, you can create an intelligent flock and swarming system using some maths. Check out a previous tutorial from Junichiro Horikawa as he explains how the Boids system works and then implements the principles to create a swarm intelligence system in Houdini that you can use with flocking and other types of animation. 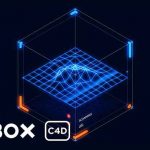 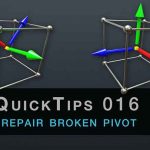 An Overview of the Mantra Render Settings for Houdini