Move Shapes shows how to create a fake 3D effect using shape layers in After Effects.

You don’t need 3D to create 3D. Since the invention of perspective people have drawn in 3D on a 2D plane, essentially creating “fake 3D”. In After Effects, animating a fake 3D effect is pretty straightforward. As long as you can animate the points of a vector shape, you can trick the eye into thinking an element is 3D. Some things will be harder than others with this technique, but for something like a spinning box or a moving car, it’s perfect.

Check out this tutorial from Peter Arumugam, also known as Move Shapes who shows how easy it is to create a fake 3D car turn using shape layers in After Effects. The video shows direct animation for the After Effects layer elements, likely to convey the concept a little easier. It is worthwhile to note that any time you want to key something, you should have a rig to accept those keyframes, not the element itself.

A great example of using a rig with a fake 3D turn is this tutorial from animator and illustrator, Hunan Hunanyan. The tutorial covers how to rig a car using DUIK in After Effects, making use of the Morpher tool there. Check out that tutorial here. 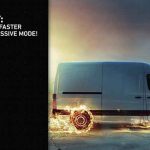 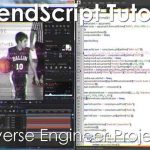 Designing and Animating With Stroke Path in After Effects

How to Easily Fake 3D Animation in After Effects

How to Link Text Animation to Markers in After Effects