The latest release of a new X-Particles hits the streets, a little earlier than planned. Some of the features we’ve seen in some earlier previews, such as splash, the new sheeter and such, but there are a ton of other features and additions too.

New to X-Particles is the xpDynamics tag that is a unifying system that works with fire, smoke, fluids, and constraints. Now you can control dynamic objects and art-direct the results using X-Particle emitters, modifiers, data mapping, and the question and answer system.

Also new is xpShatter that lets you break any scene object into pieces. The new shatter lets you control shattering by using objects, splines, particles, and Point Generators. The new shatter systems work harmoniously with the xpDynamics.

There are two new dynamic fluid objects in this new X-Particles release — xpSplash and xpSheeter. xpSplash lest users create beautiful and accurate crown-splash simulations. The system lets you adjust the shape, power, and timing of your splash with intuitive controls.

Meanwhile the xpSheeter lets you make thin sheets of water to fill in holes within liquid simulations realistically. xpSheeter, along with xpSplash can build some super-realistic and art-directable crown splashes.

X-Particles is the ultimate particle and effects tool for Cinema 4D. Visit our friends at ToolFarm to learn more and get X-Particles. 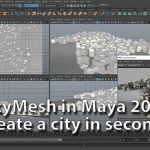 How to Easily Create Background Buildings Using PaintFX... Previous
How to Make Backgrounds and HDRI With the World Node... Next 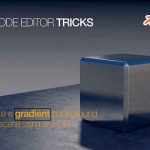