Welding Sparks With X-Particles and Redshift

The Simulation Therapy channel on Youtube hosts a lot of tutorials that deal with dynamics and effects in Cinema 4D. The latest series is a four-parter that shows how to create and simulate welding sparks in Cinema 4D using the particle powerhouse plugin X-Particles and rendered with Redshift Renderer. The series starts with a basic X-Particles setup that forms the basis of the welding sparks sim for the rest of the tutorial.

Part two shows how to use a bit of Xpresso to set up controls for animation, so you will be able to adjust parameters on each frame. From there, it’s a matter of changing the Redshift object settings to get the cleanest possible render. The series also has some great tips along the way like how to use different XP Modifiers and XP Groups to have the most control when developing simulations. Get the project files for this tutorial here. 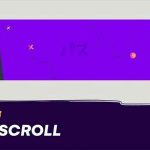 How to Create This Great Looking Map Scroll Animation... Previous
Check Out What's New in UV Toolkit 1.3 Next 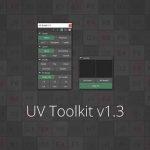 How to Pump Up Your Auto Renders Using HDR Light Studio

How to Modify X-Particle Trails to Add Randomness