Physics Now v2 Gets Updates and Better Performance in Ae

A while back, Crunchy Creatives’ After Effects physics and dynamics plugin made a big splash within the motion graphics community. Physics Now! offered a fantastic workflow for creating 2D physics simulations in Ae. Recently what was a fast workflow just got that much better with the release of Physics Now v2.

The new upgrade is free for existing owners of version 1 and brings a lot of new features and improvements to the plugin. Most notably, it has a significant performance improvement. “I have been going through practically every single line of code to make it as fast as possible. And it paid off,” Wagner says.

“What’s great is that when optimizing finished, Adobe released AE2020, which also has massive performance improvements. So, combine Physics Now! v2 with AE2020 and performance is just incredible.” Wagner continues.

Another significant addition to the simulation plugin is the additions of joints. Now users can connect layers using joints that inherently have four types of functionality.

With this release, Physics Now takes a big step ahead and goes from an essential plugin to something more advanced, but it is still effortless to use. 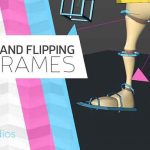 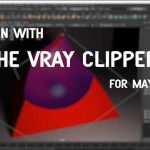 Building an After Effects Plugin from Scratch

Watch Shadow Studio 2 for After Effects in Action

Shadow Studio is the Definitive Tool for simulating Shadows in Ae