Arvid Schneider covers some tips for an ACES workflow and notes some of the common mistakes.

Color workflow is a complicated topic, especially in 3D, because it’s not just about managing final renders. It’s also about managing your colorspace in your scene, in your file textures, and in your IB-lights. In production, a linear or flat color workflow is a popular one; however, you can replace this with a broader gamut ACES workflow. What does that mean for Maya, though?

There are a lot of balls to keep up in the air when working with color workflow in 3D. Likely, you might be missing out on a couple of concepts when adopting an ACES workflow in Maya. Check out this new tutorial from Arvid Schneider, who runs through some of the things he’s been doing wrong all along. One common mistake is creating a situation where you will have double transforms through a texture and output display environment.

OpenColorIO and ACES Run though in Maya.

Arvid has an in-depth look into ACES workflow and using OCIO (Open Color IO). The tutorial covers essential tips and tricks while also discussing things to consider when using Arnold in Maya.

A Bit About ACES.

ACES is the Academy Color Encoding System created by the industry to have a consistent and accurate color interchange and workflow. The ACES project began its development in 2004 in collaboration with 50 industry professionals. 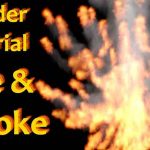 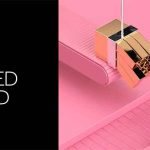 All About Arrays in Maya Bifrost

How to Rip a Beanbag With nParticles in Maya

How to Model, Texture, and Render an Eye With Maya