Creatively Displacing Typography in After Effects

Noble Kreative shows how to create 3D Displacements with Type in After Effects.

A new tutorial from Nobel Kreative’s Najib Khayati shows how you can creatively displace typography in Adobe After Effects without any third-party tools.

The tutorial, as with most of Khayati’s tutorials, shows how you can leverage Precomposing in After Effects to make a flexible system where changes show through to the end result. Changing the text and text attributes will affect the displacing typography in the final comp.

The tutorial is part of the ongoing motion graphics and typography series from Khayati. 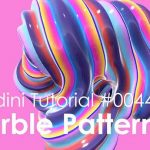 Create a Marble Pattern by Generating a Procedural UV... Previous
Check Out These Amazing Cartoon Explosion Assets for... Next 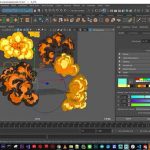 Looping Geometric Animation in After Effects

How to Create a Super-Simple Eye Rig in Ae

How to Create a Soft Body Effect in After Effects