Everyone in animation creates a bouncing ball. Everyone. If you are a motion designer, you’ve likely used After Effects, or fewer have dove into something like Adobe Animate or another frame-by-frame tool to bounce a ball. Well, now that we have Cavalry, you can think of creating animation like this procedurally.

Bouncing a Ball in Cavalry.

Cavalry does things a lot different than what most are used to, unless you’ve worked with a modern 3D DCC like Cinema 4D, Maya, or a lot of those types of tools. The Scene Group’s Chris Hardcastle shows how you can work with behaviors in Cavalry to apply deformation in succession to build upon a bouncing ball animation. Working procedurally like this allows us to go back in and change things after the fact.

Cavalry is designed from the ground up to be a modern motion graphics tool for the challenges of today’s work. The app is a super-responsive 2D animation tool. It incorporates some of the advanced tools that artists already use in other workflows but are laughably missing in Adobe After Effects (barring shelling out premiums to third parties for scripts, presets, and extensions).

It’s pretty easy. Visit the Scene Group and join in on the beta. You can also find more information on the public beta here. The Cavalry App Public Beta release is free, and it’s available for macOS and Windows.

Then have a look at some of the getting started tutorials and documentation to help get you going. 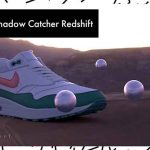 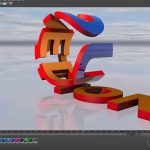 Working With the New Tags Feature in Cavalry

How to Create a Look At Constraint in Cavalry