Rolling Up Type in Cinema 4D

Darkins Digital shows an easy way for rolling up type like a Yoga mat in Cinema 4D.

Likely one of the first things that users do when learning a 3D app is to deform objects. Deformers are an excellent tool for modeling, animation, and other things too. Let’s say, for example, that you wanted to roll up on an object like a yoga matt. Deformers can do that!

Check out this quick tip tutorial from Darkins Digital that shows how you can use a bend deformer in Cinema 4D on a text object. Moving the deformer independently of the object is an easy way to create animation. Adding an offset makes the setup roll up much like a rug or matt in your scene. A great tip for beginners! 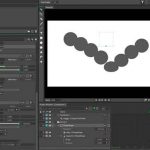 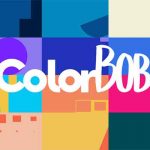 How to Create and Render Abstract Lines in C4D and Redshift

Everything You Wanted to Know About the Spline Deformer in C4D

How to Automatically UV Objects for C4D Using Houdini