If you’ve never heard of Stroke-It, it’s a Houdini Asset that creates realistic oil painting strokes that are physically in 3D space. The strokes have a 3D depth to them, much like thick paint on a canvas.

Stroke-it is a Houdini setup that creates fairly realistic oil paint strokes that follow curves drawn by the user. The paint tool has intuitive controls that attempt to mimic the traits of real-world paint strokes, like bristle marks, buildup, color blending, and rough, jagged strokes.

A new update to Stroke-It offers an auto trace feature. Autotrace a fast and effective way to convert images into paintings. Stroke-it 1.5 comes with an example set and a detailed explanation about how to use the new feature.

It’s a free update to anyone who previously purchased Stroke-it. Just download it. “Please keep your earlier install of Stroke-it, just in case there are compatibility issues,” MacNeil notes.

Stroke-it is available via Gumroad as a Houdini Scene.

Will MacNeil is a 3D artist and CG Design Director at The Mill in London. Will’s career spans work for feature films, documentaries, advertising, applications, and experiential. Among his many mistakes, Will decided to pickup skateboarding in his mid-40s. 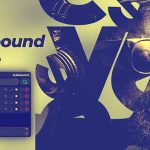 Compound Matte Lets You Have Multiple Matte Layers in... Previous
Use the UV Editor to Get Selections in Your Model Quickly Next 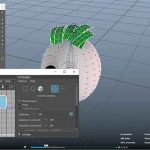 Check Out JZTrees, a Free Houdini Tool to Create and Simulate Trees