Chetal Gazdar covers some of the maths involved to create spiraling squares in After Effects.

A lot of artists feel they are not that great at math. The truth is that a lot of what artists do involves math on some level, even if you don’t explicitly crunch numbers.

Chetal Gazdar’s latest tutorial works through some of the maths to create motion graphics animation of a spiraling square. “Trigonometry has a very close relation to Animation,” Gazdar says.

The Mathematics Behind a Spiraling Square.

Gazdar shows how you can create an expression in Adobe After Effects that will create and animate squares within other squares. Through After Effects Expressions, you can learn both the mathematics behind the concept of “Squares inside a square.”

“Through this tutorial, I want to explain why Mathematics is fundamental for an Animator, notably a Motion Graphics Artist.”

How to Emit Sticky Vellum Balls in Houdini Previous
How to Create an Algorithm for Procedural Oil Painting... Next 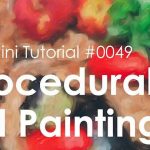