Inspired by Will McNeil, Junichiro Horikawa shows how to create procedural oil paintings in Houdini.

A new tutorial from Junichiro Horikawa covers how to generate a procedural 3d oil painting texture on a surface in Side FX Houdini by feeding any image as an input. The tutorial takes inspiration from Will McNeil’s oil painting project that can convert any image to 3D paint strokes.

The Algorithm for Procedural Oil Painting.

“The algorithm (or the process) explained here is my original,” Horikawa writes. “but I was strongly inspired by the work of Will McNeil’s oil painting project, which I’ve seen in the Houdini Hive Worldwide online session.”

If you like this type of generative artwork, you should check out Horikawa’s Algorithmic Design Workbook. It has twentyone various exercises with two solutions for each. The book allows you to explore multiple possibilities in the procedural modeling process.

Born in Tokyo / Japan. MSc in Meiji University. March in Columbia University AAD. Worked in Noiz Architects for four years and working as a freelance right now, mostly in the architectural / IT field. Junichiro Horikawa works with algorithmic and parametric design in architecture. He takes an interest in VR, AR, Games, and other media. Mostly interested in crossing those two fields together to create a better design system. 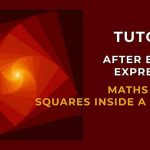 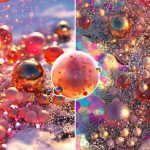