How to Create an Infinite Loop Tentacle in Cinema 4D

Luis Miranda shows how you can create an infinite loop from an octopus tentacle.

Looping animation is a big thing to create for a while now, and some looping animations offer interesting challenges. Check out this tutorial from Luis Miranda, who shows how to create an infinite loop tentacle using Cinema 4D, Substance Painter, and Redshift.

The result is similar to a tutorial that also showed how to make the infinite Mobius strip-like effect (albeit using moGraph clones) by Dave Bergin. Both tutorials use deformers to get the correct shape.

Luis Miranda is a Denver-based motion designer who worked as a lead motion artist at the Denver Broncos for their scoreboard and website. He has worked with studios such as the Mill, Spillt, Legwork as well as motion designer, Beeple. 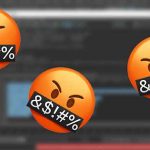 How to Create Symmetry With the Pose Morph Tag

How to Create a Welding Seam Procedurally in C4D

How to Drive Arnold Mesh Lights in Cloners