Rohan Dalvi shows how you can texture terrains using UV Randomization with Houdini and Octane.

One of the challenges of shading terrain is preventing repeating patterns in your work. Rather than struggling with massive files, you can use UV randomization as a solution. In his latest tutorial, Rohan Dalvi shows how you can randomize UVs to shade terrain in Side Effects Houdini, using Octane.

UV Randomization With an OSL Shader.

Using an OSL shader, you can randomize UVs when rendering. Randomizing UVs works on a per-tile basis or a given input, and it can randomize the UVs. That includes the scale, rotations, and placements of the tiles. It’s a great way to break up repeating patterns. 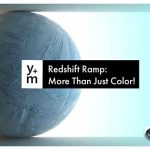 Using Redshift Ramps for More than Color Previous
An Easy Guide for Setting ACES Colorspaces in 3D, 2D Next 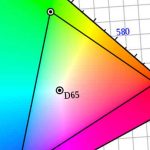 How to Dynamically Ruffle a Carpet Using Vellum

Create a Houdini Tool That Spawns and Drops Rocks

Recreating a Kinetic Sculpture With Houdini

How to Emit Multiple Soft Bodies With Vellum