Dikko breaks down the top 5 things that make a great character model suitable for animation.

Starting with Modeling for Animation.

“This video will give you my hot tips on what I think makes for a great animation model!” Shilling says about the first episode. “Modeling for animation requires more than just creating a character in 3d.”

“It’s as much a technical art as it is a creative art, so these general tips will put the artist in the right mindset as they begin to dive into the process of modeling a character for animation.”

Shilling uses Blender for the series but does mention that a lot of the concepts are software agnostic. Episode two will detail how to create an animated character from scratch.

Richard “Dikko!” Shilling is an independent artist and 3D generalist based in Melbourne, Australia. www.dikko.art. 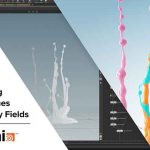 How to Art Direct Paint Splashes in Houdini With Velocity... Previous
How to Model Ice Cream and Chocolate Without a Sim in... Next 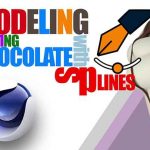