You might have seen these color chart visualizations made as a way to explore the color of films. You can create some for yourself right in Adobe After Effects, thanks to a free plugin from Richard Rosenman.

Palette Mapper for After Effects.

The plugin extracts the color palette from a video sequence while studying it frame-by-frame. It then maps colors horizontally into a single image using vertical lines. While the result is beautiful on its own, the chart is also quite useful creatively to produce beautiful imagery or as an analytical tool for the study of color grading in film, video, and animation.

There are other tools out there that offer a similar effect, but it’s always been through a complicated and time-consuming process, often hindered by technical limitations.

Get Pallet Mapper for After Effects.

The plugin works with Adobe After Effects on any platform and supports both 8 bits/channel and 16 bits/channel color modes for professional workflows. Download the plugin here.

Richard Rosenman is a 3D animation/motion graphics creative director and Photoshop plugin/creative software developer with over 20 years of work experience in the national and international animation, motion graphics, and film industry. 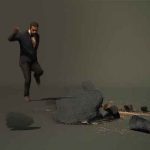 How to Create a Crumbling Character Using Maya's MPM... Previous
How to Pop a Balloon Using nCloth in Maya Next 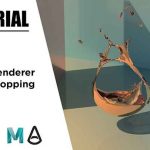