My brother, Jamie, has a profound learning disability. Despite being close to nonverbal, he demonstrates charisma, a sharp sense of humour, and emotional sensitivity. I team up with my parents to discuss what it is like caring for someone with Down syndrome. We piece together fragments of insight to gain a sense of his inner life, but our differing perspectives reveal as much about our own subjectivity as they do Jamie’s.

We rarely see portrayals of the diverse, ordinary lives of people who have Down syndrome (unless we are connected to someone who has it). Much of what we hear instead is based off a medical narrative. As prenatal screening tests improve, the birth rate of people with Downs has fallen. I believe people should be able to base life-changing decisions on accurate information. But I also feel that a diagnosis does not reflect my brother’s human worth. This film attempts to complement the medical narrative with first-hand stories of what it is like to have someone with Down syndrome in your family. Jamie has enriched our lives and I believe a society can be measured by its capacity to nurture those who are most vulnerable. 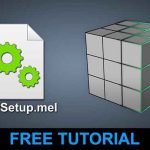 What is UserSetup.mel and How to Make it Work for You Previous
Still Life Next 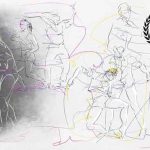