Noah Hähnel offers some workflow tips on how to quickly batch rename nodes in Fusion and Resolve.

Along with all the power of a node-based workflow, also comes the chore of keeping things organized. That is true for both Black Magic Fusion and Davinci Resolve. A new tutorial (and free script) from Noah Hähnel shows how you can quickly replace node names with your own.

“Keeping nodes organized is vital to efficiently working in Blackmagicdesign Fusion or DaVinci Resolve.” Unfortunately, Fusion’s naming behavior when copying nodes or tools can be annoying.

Instead of counting upwards (like other 3D, VFX, or Motion Graphics Applications), Fusion will append a “_1” behind the original name.

In this Fusion workflow tip, Noah Hähnel shows you how to quickly get rid of those using his batch rename script “Change Strings” to change all nodes and tool names at once and stay organized.

Noah is a VFX Generalist, living in Berlin, who creates VFX, Motion Graphics and 3D Animation to Software and Hardware Tests and Tutorials. 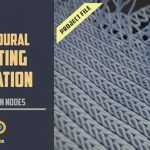 How to Create a Procedural Knitting Effect With Animation... Previous
Free Preset Creates a Great Stop Motion Effect in Ae Next 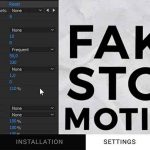 How to Use Resolve’s Surface Tracker for Face VFX

How to Create a Fire Effect in Fusion using Fabric