How to Create a Procedural Knitting Effect With Animation Nodes

Over the last little while, the Blue Fox Creation channel’s series offered some insights into re-creating some of Cinema 4D’s mograph tools in Blender using Animation Nodes. The latest tutorial covers how to create a popular effect among Houdini and Cinema 4D artists alike That’s creating a knitting effect.

While knitting can have some pretty complicated setups, animation nodes have everything you need to create such an effect. If you appreciate Blue Fox Creation’s (Hari Sreedhar) tutorials you can choose to support his efforts by becoming a Patron.

Animation Nodes is a visual scripting system designed for creating motion graphics in Blender. Like most Mograph tools, it allows you to create instances and animations procedurally. Created by Jacques Lucke, Animation Nodes is now part of the Blender team. Jacques Lucke is not only working on Animation nodes but a larger project called “Everything Nodes.” The project hopes to make Blender’s animation, particles, and modeling toolset much more powerful. 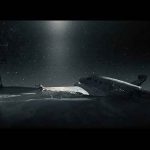 What do I tell her? Previous
Use a Free Script to Batch Rename Nodes in Fusion and... Next 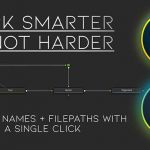 How to Animate a Blend Between Splines With Geometry Nodes

How To Make Text Waves In Honeycombs With Geometry Nodes

How to Procedurally Vary Textures With Geometry Nodes

How to Create a Music Visualizer With Geometry Nodes