An Easy Way to Create Dirt in C4D Using AO

Creating wear and tear adds some life and realism to 3D work. While some applications such as Substance Painter practically can automate the process, you can still create your own in Cinema 4D. Here, Maxon’s Glen Johnson shows how you can create some nice dirt effects using Ambient Occlusion (AO), some noises, and a layer shader in C4D.

How to Create Dirt in C4D Using AO.

“Using Ambient Occlusion is far more than just turning it on in the global render settings,” Johnson writes. “With a little lateral thought, you can create some realy cool dirt effects.” The tutorial covers how to use AO with the layer shader and c4ds procedural noises to create some realistic procedural dirt. 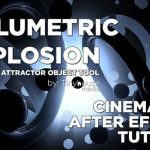 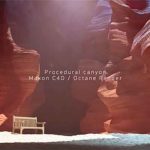 How to Create Smart Searches in C4D’s Asset Browser

How to Create a Bubble Deformer in Cinema 4D

How to Improve Renders Using a False-Color Technique