Best Practices for Time Remap in After Effects

Nick Greenawalt shows how to create better time remap effects in Ae with some tips.

After Effects is one of those apps where people can intuitively pick up many concepts; however, some features of Ae seem to represent a stumbling block for a lot of folks. It’s safe to say that one of those features might be Time Remap.

A new tutorial from Nick Greenawalt (Motion By Nick) covers how time remap works in Adobe After Effects and covers a few examples. The tutorial offers some practical workflow tips and how the remapping tool looks in the graph editor, offering a much more nuanced way to edit the effect.

Nick Greenawalt is a Philadelphia-based motion designer. By day he works at an experience strategy and design agency called Bluecadet. By night I create tutorials, process videos, and fresh content on youtube & instagram. 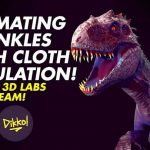 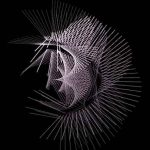 How to Turn Illustrations Into Animations

How to Easily Animate an Isometric Bar Chart in Ae

An Easy Way to Create a Water Ripple Effect in Ae