How to Create a Thin Film Effect in Redshift C4D

Aleksei Karpik shows how you can create a fantastic thin film effect in Redshift for Cinema 4D.

While Redshift doesn’t have a specific node to create a thin film effect, you can undoubtedly make one on your own. Alternatively, you can check out a new one created by Aleksei Karpik. Thin Film shaders reproduce the effect of thin-film interference on a surface. The result can range from anything like car paint to soap bubbles, to oil on water.

Aleksei Karpik’s tutorial covers how to work with his Thin Film node for Redshift in Cinema 4D. The node allows you to create some nice iridescent highlights on your render. All you need to do is to plug in a black & white mask and enjoy colorful output! Download the Thin Film Node here. 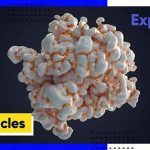 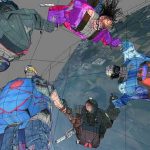 How to Create More Interest With Gobos in Redshift

An Absolute Beginner’s Guide to Redshift