A Beginner’s Guide to Geometry Nodes in Blender

Remington Markham helps us get started with Geometry Nodes in Blender 2.92.

A soon to be released version of Blender will implement geometry nodes for everyone to use. If you’ve not heard of those yet, it’s a big part of the Blender “everything nodes” project. The nodes set out to covert the entire modifier stack in Blender to a node-based system, ultimately offering something much more productive than the stack could ever be.

Getting Started With Geometry Nodes.

Look no further for a simple introduction than this new tutorial from Remington Markham (SouthernShotty). Markam walks through what each node does, explaining a bit about how they each might be used. Later, as a practical example, he shows how you can make a procedurally created environment with the new nodes. 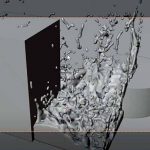 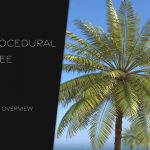 Create an Amazing Rain Effect With Mantaflow in Blender

How to Use Blender’s Cloth to Create a Disintegration Effect