ColorCubic shows how you can create an n-gon free holed surface in an object.

You may remember a tutorial (a long while ago) from Michael John (ColorCubic) that showed how you could deal with creating holes in surfaces. A new tutorial expands on the process a little more by creating an array of holes in a surface that uses an all-quad topology.

Some folks took issue with ColorCubic’s last tutorial that shows an effortless way to form a perfect circle from any surface in Cinema 4D because that process left around quite a few n-gons. “In this tutorial, we resolve n-gons issue in the surface of the model, and then expand upon the process further.” 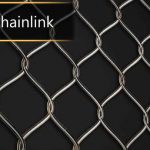 How to Make a ChainLink Pattern With Substance Designer Previous
How to Make a Warp Zoom Transition on a Single Layer... Next 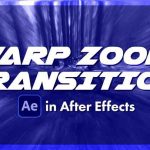 A Beginners Guide to Dem Earth for C4D

Working With the Xpresso Rotate Node in C4D

How to Make a Rug Using Arnold and Cinema 4D Hair

Understanding DOF and Bokeh With Redshift for C4D