The Scene Group releases a new version of Cavalry, with 60 new features, including a physics engine and a free version.

Innovation can come in two forms: Tools and workflow. Cavalry is something that runs with both of those as far as it can. An example is the latest release for the Scene Group’s Cavalry, the motion graphics and 2D animation powerhouse for modern workflows.

Cavalry 1.2 has over 60 new features, including a complete 2D physics engine, Forge Dynamics.

But hold on, in other big news, the team removed the watermark, so the free Starter version of Cavalry is the most feature-rich free-motion design tool on the market. Free forever and no credit card needed.

Since its launch in 2020, innovative animation software Cavalry has transformed how professionals, students, and artists engage with 2D animation. Now, UK-based Scene Group, the developers behind the software, have unveiled the latest version – Cavalry 1.2. This upgraded edition offers a completely free version, making it the world’s most advanced and feature-rich free 2D animation software.

Developed by designers for designers, the Scene Group-created Cavalry software has revolutionized the world of animation. Since its launch last year, it has welcomed artists from a vast array of disciplines, including online, social, film, NFT’s, TV, illustration, and more.

Following a £600,000 investment earlier this year, the Sheffield-based specialists are opening up access for users across the globe by making Cavalry Starter version free forever and accessible without the need for a credit card.

This ground-breaking new update removes the barrier to entry for everyone, from hobbyists and students to professional designers. Alongside removing the watermark, Cavalry’s resolution cap has also been increased to 1920 x 1080 px, ensuring users can create content for an even wider array of platforms.

First launched in August of 2020 in response to the limitations of existing products, Cavalry was designed to offer users the power and flexibility of 3D animation with the ease of 2D. The software is one of the fastest and most innovative on the market today.

While the pioneering team behind Cavalry has continuously pushed the boundaries with truly original features, traditional animation tools have remained the backbone of the software. Since the initial launch, over 30,000 individuals from across the globe have signed up and downloaded the software.

Cavalry 1.2 has been created to ensure that everyone is able to access and benefit from the software. For those creators looking to take the experience to the next level, there is a Professional version. Costing just £16 a month, the Pro version of the software allows professionals to supercharge their work with unique features such as Lottie export, Forge Dynamics, and a Google Sheets integration, all without the need to download or install additional plugins.

Speaking on the launch of Cavalry 1.2, Chris Hardcastle, CEO at Scene Group, commented:

“Since Cavalry’s launch last year, we’ve been blown away by the variety and quality of work being produced by our growing community of animators and designers.

Building on that momentum, this release opens up Cavalry’s creative possibilities to a wider audience hungry for new and innovative ways to work. We welcome everyone from students and hobbyists to studios and agencies to put Cavalry to work and discover the benefits of a new and exciting approach to 2d animation.”

Cavalry 1.2 is available now; sign up for free here:

Scene was founded in the UK in 2019 and born out of internationally renowned motion design studio Mainframe (https://mainframe.co.uk/). Its mission is to create the tools that empower motion designers and animators to create their best work. 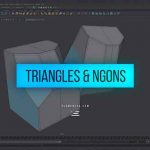 Are nGons and Triangles All That Bad? Previous
How to Make a Realistic Velvet Material in Blender Next 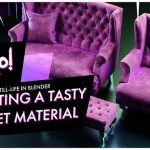