How to Make a Rubik Gadget With Blender Geometry Nodes

This new tutorial from Ilir Beqiri shows how to make a Rubik gadget using only Geometry Nodes in Blender. “This subject took me longer than usual to explain, but it was a complex one.” Beqiri says about the tutorial.

Beqiri says he struggled to create the gadget in the first place but found the challenge very interesting and rewarding.

A little while ago, Santiago Pereira (Sanctus) showed how to make an entire Rubik’s Cube model in Blender using Geometry Nodes. The tutorial uses some new nodes in the Blender alpha, and the process starts with points and instances. Check out that tutorial here.

Ilir Beqiri is a Motion designer living and working in Tirana, Albania. 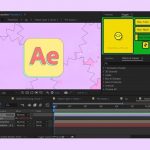 Free Wiggle Tool Creates a Live and Reactive Wiggle Experience... Previous
How to Use Maya's Cloth Solver in a Rigging Workflow Next 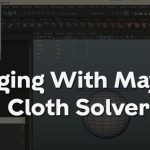 How to Build a Solidify Node With Offest in Geometry Nodes

Building and Animating an Ice Cream With Geometry Nodes

How to Cull by Distance With Geometry Nodes in Blender