Freelance TD and VFX Artist Tommaso Sanguigni shares a quick tutorial showing how to set up one of those “rig-less” controls by setting up surface controllers in Maya- the kind that was seen in the Pixar Presto presentations a while back.

Essentially having a character rig that is merely surface controllers in Maya as part of the character itself, rather than having the standard curve controllers that can get in the way of character posing. Although the rig-less Pixar-like controls do solve some animation problem, they do pose some others. Typically an interface is needed showing an overview of controls that are possible. Otherwise most of them are hidden inherently by the new scheme.

Tommaso shows how to quickly create something similar by using low polygon meshes that are connected to the character mesh using Maya’s Wrap Deformers, and offers some alternative methods that can act as surface controllers in Maya.

We have had a look at the Preso Rig-Less character controls before, where Harry Houghton walked through some of the techniques gathered from other resources in creating a character rig that has no controls. Of course, if you missed the Presto demonstration, check the video below. 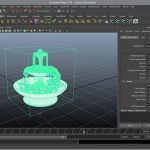 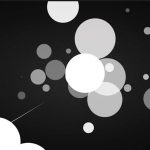