Antony Ward shows how you can automate limb rigging in Maya with a bit of scripting.

Antony Ward’s (antCGi) rigging series is likely one of the most complete out there. In a recent installment, Ward shows how you can automate some of the tasks around rigging by scripting things in Maya.

Setting Up Limbs With IK/FK.

“This video was originally going to cover adding the IK and FK controls into our dog’s limbs, but I decided to take another approach,” Ward writes. The tutorial dives into building IK and FK legs and then shows how you can automate Maya’s process with a bit of scripting. 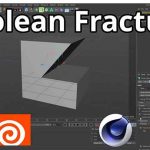 Creating Nice Boolean Fractures in C4D With the Help... Previous
Schnapps Looks Like a Great Maya Snapping Tool Next 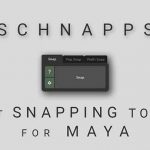 How to Manage Shots With the Camera Sequencer in Maya

How to Use Photogrammetry to Improve Your 3D Modeling

How to Create Realistic Neon With Maya and V-Ray