Curious Animal have made some great extending tools for C4D in recent times. From Membrane Deformer for Cinema 4D, C4D Motion Stretch Deformer, BendChain Script, and the ReBend Deformer Plugin, they have a great suite of tools for animators and riggers alike.

Curious Animal have recently added a new tool to the suite of plugins and shaders that are available, with the new Falloff Sampler Shader.

The shader is a handy little thing that will allow you to create gradients in your materials, that can be based on the falloff setting of a mograph effector in your C4D scene.

The Falloff Sampler Shader uses Cinema 4D’s own Mograph effector falloffs to build the grayscale values on an object’s surface.

This can be a very useful thing for more complex texturing tasks such as layering shader effects that can be based on your in-scene falloffs.

You can also use the C4D Falloff Sampler Shader’s viewport gizmo as a visual guide to position the gradients easily.

You can pick up the C4D Falloff Sampler Shader at CuriousAnimal, who are giving it away as a bonus plugin, IF you already have a license for any of their other paid plugins.

If you meet this qualification, have a look at the C4D Falloff Sampler Shader here. 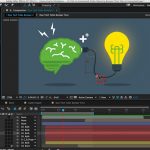 How to Rig Ropes and Cables for Easy Animation in After... Previous
Use The MASH Math Node to Write Simple Python Expressions Next 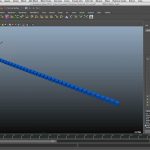