Ferrofluids are pretty magical, making weird patterns and motion that appear to break the laws of physics. Fun fact: Ferrofluids were invented as a rocket fuel that could be drawn to places, the engine needed by using a magnetic field in a zero gravity environment.

Ferrofluids have been used in both industry and art. Wouldn’t it be cool to get a ferrofluid animation going in 3D? That must have been what London-based Freelance Director & Motion Designer Daniel Danielsson was thinking.

Here, Daniel walks through creating a ferrofluid animation in Cinema 4D using a procedural approach.  The system uses C4D built in Effectors, that include a displacer, jiggle and smoother that come together with some noise shaders and a bit of Xpresso. 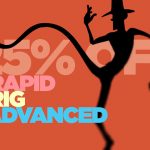 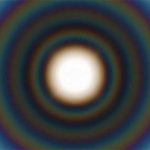 How to Create and Connect C4D Nodes at the Same Time

How to Create Symmetry With the Pose Morph Tag

How to Create a Welding Seam Procedurally in C4D

How to Drive Arnold Mesh Lights in Cloners