Technical Animator and Character Technical Artist Riham Toulan has worked on a few AAA Games and has released one of her tools for creating a reverse foot rig in Maya. A script called the Reverse Foot Rig Tool, operates on a simple concept, yet is a friendly rig setup for games development.

Reverse Foot Rig doesn’t alter your character skeleton. All of its connections use Maya native nodes. This means that there is no inherent expressions, driven keys, or key animations that can affect performance. The tool also has the ability to create a mirrored setup really quickly, which can be useful for mirroring animations.

The script only requires a character that is stating up on the Y axis and facing forward on the Z. Foot Rig Tool offers:

The tool works with Maya 2014 to 2017, and can be purchased through CubeBrush. Check out Reverse Foot setup Tool 1.0 For Maya here. 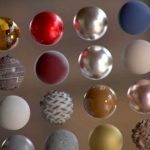 Have a Look at Houdini 16’s New Shading Features Previous
Getting Started With RealTraffic Simulator for Cinema... Next 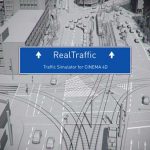 Incorporating a Dynamic Pivot in Your Rigs With Maya