What is CursorKit? More and more, motion graphics nebulously revolve around explainer videos. Explaining a concept, a how-to-guide, a recent or historical event, or increasingly how a digital product, or a website works. If you find yourself often gracing animation that shows off a new app, or anything on the screen, then you know the perils of trying to capture cursor elements and movements.

Manually editing cursor elements over and over isn’t too bad, but capturing clicks, taps, or type cursors can lead to a lot of work. This is why UX Designer and Animator Sebastian Moreno Agredo has been working on a tool that can alleviate some of the time it takes to do all that. It’s called CursorKit for After Effects, and it is currently in Beta.

CursorKit is a script for After Effects that lets you easily create animations for cursor elements. This includes a few different cursor types. It even includes click and drag actions, scroll actions, and an auto-typing effect.

Not really sure how Sebastian plans on distributing the release version, however you can download the beta version by following this link. 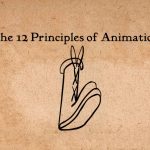 Get Reacquainted With the 12 Principles of Animation Previous
Watch How To Create a Low-Poly Model from a Scanned Asset... Next 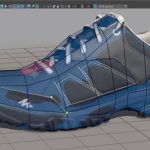