Understanding The Importance of Order When Working With MASH

As with all node-based or stacked system, order of operations becomes an imprint thing to comprehend. Even though Maya isn’t completely procedural, it does work with nodes, and nodes are at the heart of its motion graphics toolkit MASH.

If you are getting started with MASH, it is a good to realize early that the way the operations appear can have a dramatic effect on the outcome of your animation.

Breaking the concept of order of operations down is CG Artist Maximilian Schönherr who demonstrates the varied effects by using a simple demonstration. “In this tutorial I introduce two Mash nodes, a Brownian notion (via the Signal node), followed by an Influence node” Schönherr says. “It turns out that the Influence node steals the Signal node the show. By swapping the sequence (Influence first, Signal second) we see both effects intermingling nicely.” 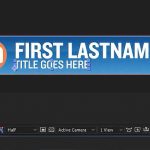 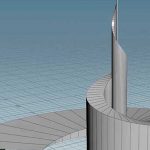 How to Use MASH Color Nodes with Redshift