An already useful tool in the LON-LAT Connection kit gets better with the release of version 2. LON-LAT has now has support for searching the Open Street Map database for finding locations that you can use in your animations.

Editude’s LON-LAT Connection Kit for Cinema 4D allows you to create globe animations easily, containing a plugin that will let you create accurate locations and connections to the corresponding globe. You are able to easily select and create locations from a contained long list of cities, and now by searching the Open Street Map database.

LON-LAT makes it easy to string together connections between the locations, with parametric settings for creating and controlling the attributes of the animation. The kit comes with a vector library of different styles of globes, lines and markers to choose from, or you can use your own custom elements.

The update to LON-LAT connection kit includes some great new features, adding a new flat projection mode and the ability to have separate country extrudes apart from the glob model.

Type in the name or country code and the extruded shape will be added to your scene. There have also been additions to the globe rigs, adding Graticule lines.

Also of note for this release is a new texture pack. The Ancient Globes Pack converted from stereographic and azimuthal into normal cylindrical projection. The texture pack contains 20 high resolution globes that range from 1539 to 1848 A.D.

In addition to the new and useful features, the price has also been dropped for the tool. LON-LAT Connection kit will now only cost you 20 Euros or roughly $27.00. LON-LAT is available for  Cinema 4D R13-R15, Windows and Mac. learn more about the LON-LAT Connection Kit for Cinema 4D here. 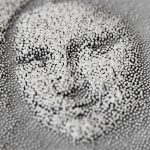 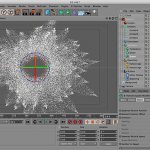