MoGraphCandy’s Dan Conrad has been systematically breaking down some of the Xpresso Preset nodes in Cinema 4D and applying them to practical tasks. In a continuation, Dan does an exploration of the Advanced System Presets for Xpresso in Cinema 4D.

In this Cinema 4D tutorial, we will review the Advanced System Presets for Xpresso in Cinema 4DDan Conrad – MoGraphCandy.com

Dan offers a look at the InCylinder node, that can be used to trigger animation when an object breaks the cylindrical boundaries of a designated area. Systematically going through each node, Dan covers the GetNearestPoint which can be used to calculate the distance between a point and the centre of another object. A bit similar is the GetNearestPointOnSpline which can find a point on a segmented spline. The last in the look is Follow Spline, which will use the animation of a spline to trigger animation without using keyframes.

Previously Dan covered the calculation nodes in Understanding Calculation Xpresso Presets in Cinema 4D, which provided a look at functions of the Action Timer, , Rotate Helper, Random Integer, and Action Timer in the Xpresso presets toolbox. 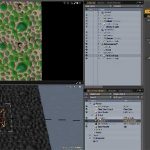 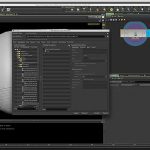