Isotropix released what would be included in what is set to be a huge update to Clarisse iFX before the 2014 Siggraph show. Now they are showing a teaser of some of the new features that will be included in the release some time in early Q4 of 2014.

Clarisse iFX 2.0 features improvements to the scattering engine making it more procedural than ever before. This will make the handling of large amounts of data for scene environments so much easier and much more efficient.

A new AOV engine in Clarisse iFX 2.0 will allow you to render out standard rendering passes for compositing, and the OpenColorIO integration will offer high end color management tools for your scene. Check out the page for more information on Clarisse iFX 2.0 here.

Also of note, is that Double Negative, a leading effects studio, have purchased a global site license for Clarisse iFX – making use of Clarisse as its main look development, lighting and rendering application for its London, Singapore and soon to open Vancouver facilities. Check out the press release below.

MONTPELLIER, FRANCE – Isotropix, a privately held software company developing high-end innovative graphics software is pleased to announce that Double Negative (Dneg), one of the world’s leading visual effects studios, has purchased a global site license of Clarisse iFX and CNode (Clarisse’s command-line rendering engine dedicated to render farms). From now on, Double Negative will use Clarisse as its main look development, lighting and rendering application for its London, Singapore and soon to open Vancouver facilities.

“When looking for a software package for Double Negative to use for lighting and rendering going forward, we were primarily interested in working with a company with whom we could form a partnership. A partnership in which we could work to develop a tool able to evolve to serve Dneg’s ongoing needs in the fast moving, global marketplace of visual effects and animation. Over the last few years we have used Clarisse alongside existing tools on projects such as Godzilla and Exodus. This experience has given us the confidence that in Isotropix we have found a group of like minded individuals who share our vision and our passion for high end visual effects work”, said Alex Hope MD of Double Negative.

Clarisse iFX is a modern dedicated all-in-one lighting and rendering application which revolutionizes production pipelines. Since its official announcement during Siggraph 2012, Isotropix’ game changing software has attracted a lot of attention from the visual effects and animation industry. Their solution allows CG Artists to work and interact constantly on final images with full effects on.

“The ethos at Dneg is to place trust in our artists to be creative and take responsibility for making their work look good, rather than simply expecting them to plug things into a pipeline.

With Clarisse, Isotropix have created a tool that feels like it is designed for artists rather than technicians. It puts the image at the core of the workflow and allows our artists to constantly view and interact with their rendered image. This means our artists can focus on making the creative decisions which make the work look better and are much less likely to make mistakes.

In tandem with this of course, working on projects of the scale that we routinely do at Dneg, the flow of data through the pipeline is also key. Thankfully Clarisse has been designed in such a way to make this integration work fairly painless and Isotropix have been very proactive in helping us find the best way to do this”, said Graham Jack, CTO of Double Negative.

“Clarisse gives artists the solutions they have been wanting for years. The interface is visually centric, interactive and versatile. This is a huge benefit for an artist to see their

render image instantly from the moment they opens her project, and of course this work flow helps an artist and a team stay constantly focused on the final rendered output. Personally this gives me a huge amount of confidence in the final shot output, and hopefully with less surprises! Put simply, Clarisse’s interactivity embraces creative and technical changes right within a scene, which in turn gives the power back to the artists and the creative teams they comprise.”, said Zoe Cranley, CG Supervisor at Double Negative.

“Clarisse has enabled us to solve very complex scenes quickly and without hassle. It offers a great set of tools for working with look development, scene management and lighting in a non destructive way. Thanks to it’s renderer we are able to make very quick turnarounds and render those scenes in a reliable way” added Mattias Forstrum, Senior TD at Double Negative.

“When we started working with Dneg in November 2012, we had never imagined the amount of detail and complexity those guys were managing in their production scenes. There are only very few studios around the world such as Dneg that are able to do just that. While Clarisse promises unrivaled level of interactivity to artists, it was a very serious technical challenge to achieve it on their production scenes” said Sébastien Guichou, co-founder and CTO of Isotropix. This 20-month sustained relationship with Double Negative allowed Isotropix to quickly mature its software in many areas such as speed, memory usage, pipeline integration, rendering and user work flow.

“We’re all super excited to bring our successful relationship to the next level. It has already been fantastic to work with the guys at Dneg on actual production issues. It helped us improve Clarisse in many ways that led us to ultimately release better software to everyone. Our new and stronger relationship will, without a doubt, help us to make an even better software.” said Sam Assadian, co-founder and CEO of Isotropix.

Since 2012, Clarisse iFX, is used in production by large and small facilities as well as one man team artists around the world. Later this year, in Q4 2014, Isotropix plans to release the second major iteration of its software, Clarisse iFX 2.0, which integrates many improvements resulting from their relationship with studios such as Double Negative, will be unveiled during Siggraph 2014 booth #701.

Isotropix is pleased to announce its presence at Siggraph 2014 and invites attendees and press members to drop by its booth #701. The team will provide demonstrations of the upcoming Clarisse iFX 2.0 (http://www.isotropix.com/clarisse2) throughout the exhibition. Isotropix is also very excited to announce presentations by two exceptional guests discussing about the role of Clarisse in production from the perspective of the world leading VFX studio Double Negative.

For more detail on the presentation program please refer to our latest schedule:

For people unable to attend Siggraph event in Vancouver, Isotropix will also make guest presentations that will be available online on Isotropix homepage and Youtube channel.

Founded in 1998 with a team of just 30, Double Negative has grown to become one of the industry’s success stories. They are now one of the world’s leading providers of visual effects for film operating from locations in both London and Singapore (and soon to open a third facility in Vancouver). In addition they last year launched DNegTV and most recently announced the creation of a new Feature Animation Division.

Through their steady and constant growth the Company has always sought to retain both the creative drive and involvement of its artists through all projects and a close collaborative working relationship with clients. This approach ensures films both small and large receive the same high standard of creative and technical service. This has proved a winning combination resulting in awards recognition from the Visual Effects Society (for Inception and Sherlock Holmes), BAFTA (for Inception and Harry Potter and the Deathly Hallows Part 2) and the Academy® Awards (for Inception).

Founded by animation industry veterans, Isotropix is a start-up specialized in developing high-end professional graphics software and aims to provide to CG artists game-changing innovations. While industry players solutions are dictated by marketing departments, the strong belief of Isotropix founders is to design their solutions “for CG artists, by CG artists”. They believe they’ll revolutionize the market by simplifying user- workflow with their disruptive innovative software that answers CG artist’s growing frustration.

For more information, press only: 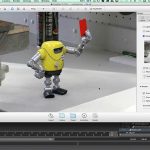 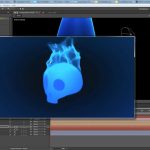 New to Clarisse? Get Started With These Fundamentals