Yancy Lindquist is head of Head of Fx, Dreamworks Animation has been posting a few tutorials showing how to do some really cool things within Side FX Houdini. The most recent, is a look at using Houdini to create a liquid Flip simulation as if it were in zero-G.

Yancy shows how to create the liquid flip simulation that ultimately is based on limiting the behaviors of the liquids. Loosely basing the tutorial on some theories of forces governing matter, developed in the 17th century theoretical physics world. 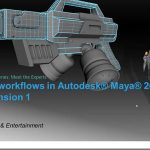 Modeling Workflows in Maya 2015 With the Modeling Toolkit Previous
Getting to Know the New Reflectance Channel in Cinema... Next 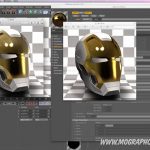