Lewis Orton Takes a Look at How to Use the POP Fluid Node in Houdini 17.

Houdini 17 excited the masses with a range of some new and incredible features of which we shall see possible lasting implications. One such feature, the Vellum Solver, already surs a heap of test vids on social media. A feature that has flown under the radar is a new node, a POP Fluid Node. Watch this short introduction to its use by MPC Motion Designer and 3D Generalist Lewis Orton to see it in action.

Orton shows how to create a pouring effect, that starts as a look at the POP Fluid node and its inputs. The new node allows you to work with position based dynamics, offering a more stable and much faster solve than houdini’s traditional particle-based system. Orton’s tutorial is only 11 minutes long, but it is jampacked with information. 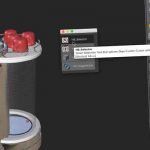 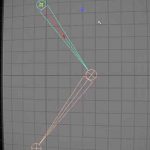