Mocha Open Splines for Beauty Work in After Effects, Nuke

how to use the new feature found in mocha 4.1 to create open splines, tracked strokes, and text paths

In previous versions of Mocha, you were limited to creating closed splines. There was no capacity to end drawing a spline without having mocha automatically close it for you. This wasn’t really a huge deal, but adding the ability to create and export mocha open splines has its merits.

Some compositors such as After Effects and nuke can use open ended paths in unique ways. In After Effects for example, you could use an open path for strokes and text paths. Nuke was a spline warp node which can accept tracking data and mocha open splines to warp an image. This opens up possibilities for retouching or “beauty” work. 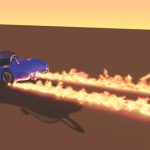 Create a Back to the Future Style Fire Trail With Maya... Previous
Sync Scripts across machines for After Effects in 4 Easy... Next 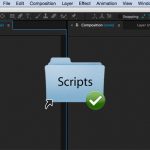 Get 10 Times Faster Removals in Mocha

How To Optimize Parameters for Mocha’s Remove Module