At the Siggraph show five months ago, Solid Angle announced that the popular Arnold Render will be coming to Cinema 4D in a C4DtoA product. Instead of having third party developers create the bridge between cinema 4d and Arnold, Solid Angle choose to acquire and build that tool themselves, keeping control over releases and features.

C4DtoA has been in solid development, but here are they at right now? Recently there have been a few demos showing some of the features, functionally and performance of C4DtoA posted by Daniel Hennies using early versions of the rendering tool.

Watching the previews should sufficiently get you excited to see the final version of C4DtoA sometime soon.

Tweaking volumetrics (tested with an external openvdb sequence) is fast and comfortable within the IPR.

Some quick tests running C4DtoA (Arnold for Cinema 4D) by Lee Griggs to show the raw performance of the IPR on a single 6 Core Desktop machine. 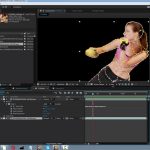 Comparing The After Effects Mask Tracker and mocha AE... Previous
Creating Realistic Ice in Blender Next 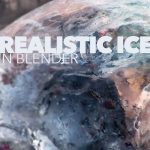 Trevor Kerr’s Arnold C4D Workflow For “Call of the Empire”

Getting Started With Arnold C4D

Get Realistic Looking Fabric Shaders With Arnold in Cinema 4D

Arnold Details How to Create a Photorealistic Portrait, Using Arnold