Josh Johnson offers a look into the basics for using C4DtoA in Cinema 4D. Recently, the Arnold renderer has seen a much anticipated 1.0 release for C4D.

The C4DtoA plugins provides a bridge to the Arnold renderer from within the standard Cinema 4D interface.

C4DtoA has a seamless integration with objects (instances, cloners, deformers, generators), MoGraph geometry, hair and splines in Cinema 4D, and carries support for both native particles and C4D thinking Particles.

C4DtoA also has compatibility with the 3d-fluids Turbulence FD plugin, as well as the popular X-Particles plugin for Cinema 4D.

If you want to kick the tires on the new C4DtoA rendering solution, you can download a trail version of Arnold to take it for a spin. Arnold runs under Mac OS X and Windows for Cinema 4D R15 and R16. 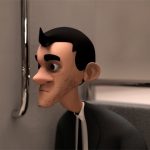 The Scarf Previous
Antimony, a Free Node Based 3D CAD Modeling Tool Next 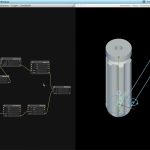 How to Make Plastic, Wood, and Metal in Arnold for C4D

Working With the Arnold Car Paint Shader in Cinema 4D