CG Artist and FX Supervisor, Niels Prayer posts another great tutorial for Houdini. This time, showing how to create an abstract sic-fi inspired animation. Follow along with Side Effects Houdini and After Effects for compositing and effects.

Niels shows how to create fractal-driven chaos in Houdini that is based on using custom attributes. He shows how you can achieve some really intricate patterns by mixing noise types in Houdini.

We have seen over and over again, creating a similar abstract animation in Cinema 4D, so it is great to see something parallel created with Houdini. Houdini’s procedural platform makes it really flexible to create this type of animation, controlling emission, displacement and color easily for many elements in the scene.

For further insights in using Houdini for Motion Graphics type of work, Rohan Dalvi has a great training series showing how to create a variety of science fiction style user interface and motion graphic elements with Houdini.

Another tutorial that was of note was Danil Krivoruchko, who showed how to create a Plexus-like effect with Houdini, recreating his old SoftImage tutorial in Houdini to achieve the same effect. 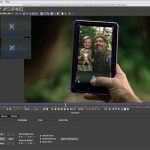 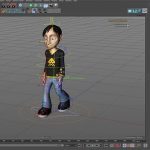 How to Create Abstract Animated Lines With Houdini