Lip Sync Animation in After Effects

There are many automated ways to create lip sync. Some include After Effects add-ons. Others are meant to be entire animation solutions such as Adobe’s Character Animator.

Ross Plaskow adds to his After Effects cartoon character series with a look at creating lip sync to an animation, taking more of a manual approach.

Taking more of a traditional animation approach, Ross starts out by mapping the phonemes needed to a number scale for reference. There are 8 in total. He then draws out all the phonemes for each by hand.

The numbers and order of the hand drawn mouths, become important as you will be recalling them from a precomp using the tried and true approach of time remapping.

In the end triggering the custom mouth shapes with manual keyframes looks far more like professional animation, than tracked and automated movements from character animator. 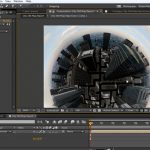 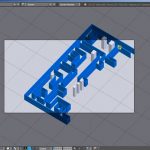 The Easiest Way to Create Lip-Sync in Ae

Transfer Animated Visemes from CH to After Effects

Create an Advanced Mouth Rig in After Effects

Link Slider Control To a Lip Sync Comp in After Effects