Dynamic Parenting Comes to After Effects

ToonGoose and its founder Nik Skavinski recenly released a new tool for After Effects that allows you to create dynamic parenting. Good Parents will allow you to key or animate parenting in After Effects, on and off.

Good Parents for After Effects finally gives you the freedom to link and unlink layers or a group of layers to one or more objects. If you have ever worked with any other animation application other than After Effects before, you know how important having the ability for dynamic parenting is.

It is rather shameful that After Effects is largely considered an animation tool, while lacking some of the most basic functions for animation. In the same way that Ae is meant to be a layer based tool, with no tools that allow you to seriously manage layers.

Seriously, every time I see a new release for great new After Effects tool that fills a large unattended gap, I get excited. On the other hand, it also makes me slightly recalcitrant.

It is absolutely shameful that important features are being run by brilliant third party developers and fellow After Effects users, rather than the Ae team —Shameful, and sad. After Effects users deserve a development team that can deliver. Until we do, at least we have developers like Nik Skavinski. 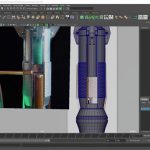 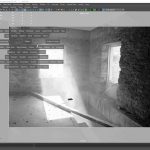 Tidy is a Super-Fast Way to Organize Ae Projects