Create a Shape Layer Animated Iris in After Effects

Shape Layers are a great way to simplify the animation process in After Effects. Shape Layers are also cumbersome, and a bit of a Rube Goldberg contraption. Not to worry though, Bikey Borup returns with another look at using After Effects shape layers to simplify complex animation in a single layer. Here, Mikey shows how you can create an animated iris using a single shape layer.

An animated iris is a tricky thing to create any other way. There are a lot of moving parts, that have to be animated to it to look correct. Mikey shows how to bring the most important controls to the forefront, by placing them in the effects panel for easy adjustments and keying. As a bonus, Mikey used the newly released CompCode, which allows you to convert your entire After Effects project into a script. Running the script will rebuild the Ae project instantly. More powerful than presets, and way cooler too. 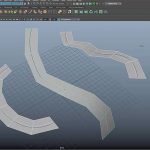 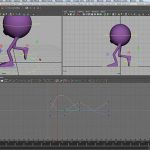