Adobe After Effects makes creating a wavy line simple, especially using the Shape Layers workflow. It can be as simple as using a Zig-Zag that is set to smooth rather than the default corner setting for the points. Animating the squiggle in Ae might take a little more thought. It is the animation process that is the crux of Evan Abrams’ new tutorial that shows how you can create a squiggle that looks like it is animating, but it doesn’t move its position in the scene.

If you work with 3D applications, a setup like this would be recognized as simple, as you can independently move the deformer from the object, giving the wave and squiggly movement without the object running off and staying put. Not the case in After Effects. With a little hack, you can use the trim paths effect and key the original position of the line so that it all matching up and appears to be animating the squiggle without moving the object. You might have seen something similar used in another tutorial where Evan shows how to create patterns.

Evan makes the project file available for download, check that out here. 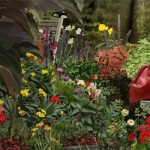 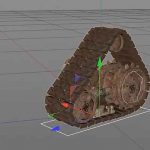