After receiving many questions if his technique that showed how to create geometry with VEX in Houdini was possible within C4D, Manuel Cassola Merkle set to find out. Initially Manuel believed that it was not possible without the use of plugins.

if you’re interested in having a closer look on an old but powerful TP feature, this tutorial is for you

After some research however, Manuel found a great solution that actually uses off the shelf tools in C4D to create a plexus-style effect. The technique uses and old but still useful feature in C4D’s Thinking Particles. Basically, you can use the ParticlePassAB node to search out the closest points. Then you can use python to create the geometry for the Plexus-Style effect.

As Manuel notes in his original post, there are plugins that can create the plexus effect in C4D. These include the Ray-Connector Plugin, and the UberTracer plugin. 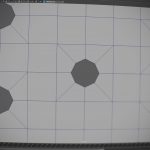 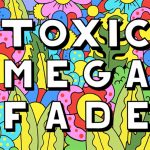 Experimenting With the Plexus Effect With X-Particles

Replicating the Plexus Effect with X-Particles

Plexus 3 is Coming and it Looks Awesome