Rohan Dalvi is a Houdini Artist and trainer. His love of rendering will bounce around between renderers. It is not unusual to find Rohan talking about the benefits and caveats between Octane, RedShift, and Mantra. Now we can add Arnold Houdini to that list.

a relatively long introduction to Arnold in Houdini

Here, Rohan offers a relatively (comparatively to his other introductions) long introduction to using and working with the Arnold Renderer in Side FX Houdini. The video covers everything from lighting and light contributions to basic render settings. Rohan also spends quite a bit of time with shader building, looking at basic material settings, using mpas, and dives into more complex stuff, such as triplanar maps, curvature maps, and fit range. 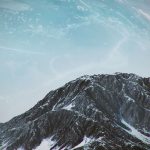 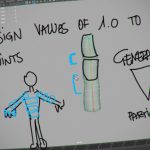 How to Create Realistic Amber With Arnold and Houdini

How to Quickly Create a Flamethrower Effect With Sparse Solvers

Create an Arnold Toon Shader With This Cel Shader Tool

Creating an Edge Displacement Effect With Arnold and Houdini