Canvas 360 Pro Extends Skybox and MochaVR in After Effects

Canvas 360 Pro is a complement to Adobe Skybox and Mocha VR. It is meant to unify After Effects workflows in 360  post production work. Likely were have reached peak meta when third party developers are making plugins that sit onto of other plugins and make them better. Seems unruly in my opinion; yet here we are.

In any case, the Canvas 360 Pro plugin introduced new workflows that are meant to simplify VR 360? post production. The plugin can import and export camera data from other application that you might be using in your work, like Cinema 4D, Unity, Maya, Nuke, etc. 360 Pro was built to work with your current setup. 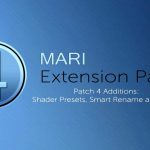