Looks like Redshift Rendering Technologies might be ready to move Redshift for Cinema 4D a step forward. The team quietly pushed a Redshift demo version that is available for download. Although a free trial of Redshift is nothing new, the latest demo includes host plugins for plugins for Maya, 3dsMax, Softimage, C4D, Houdini and Katana.

Redshift represents a bit of a departure from other GPU renderers that are currently available. It is a biased GPU accelerated production renderer, designed to be a workhorse. Redshift was built to meet the demands of high end production rendering.

The Cinema 4D version of Redshift has been in development for some time and is eagerly anticipated by the Cinema 4D community. If you are a student attending an educational institution, you have reason to be excited for Redshift. The company announced that they will have free cloud-based licenses for universities and colleges. Future looks bright for GPU rendering with Redshift around. Hopefully C4D users will have another powerful rendering option soon! 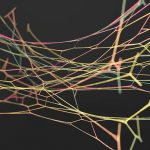 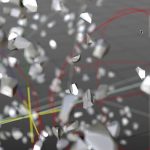